Left Handed? How Should You Learn Guitar

God made everyone right-handed, the truly gifted overcome it. Anonymous

Ah, the plight of the left-handed. They’re always left out of the important decisions concerning design. They deal with our scissors, our can openers, and our spiral notebooks.

They also have to deal with having to answer the question, “Are you left-handed?” literally every time they use their left hand and spend their entire life bumping elbows with righties.

They’re people too, darn it! 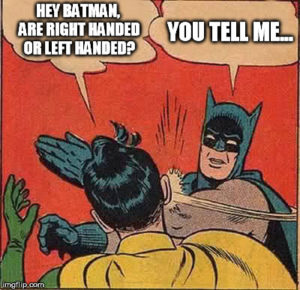 Batman is left-handed? Who knew?

Some people have annoying things to say about lefties. There have been April Fools Jokes involving left-handed jokes (like the left-handed Whopper)… 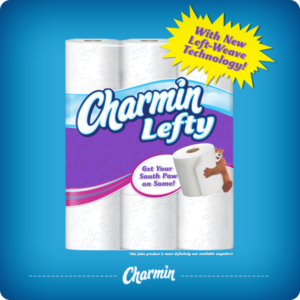 …but the struggle is real.

Many lefties chose to learn the guitar right-handed. Why is that?

I think there are a number of reasons that lefties chose to play a right-handed guitar. Some of these will make sense. Some will just infuriate you.

Let’s explore the reasons together. Don’t be left behind. (sorry…)

So what are the options for lefties who want to play the guitar?

There are probably more than three options, but these represent the most common ways a left-handed person will learn the guitar.

Yup. All the above is true.

So why would a lefty abandon the post and join forces on the opposite team? What in the name of Mike has gotten into these rogue misfits? Do they have any pride in their heritage? Do they secretly want to be a righty?

Slow down, counselor. May I present the top Exhibits in the defense of left-handed souls everywhere.

Let’s face it. This is probably the number one reason lefties go right.

Whenever you go into a guitar store, they have hundreds of guitars to chose from in every color and style imaginable to buy... for right-handed players.

But the left-handed guitars…

If you are lucky enough for them to even have a lefty in stock, chances are it’s not really what you were looking for, but instead have to settle for. They are also usually budget models. 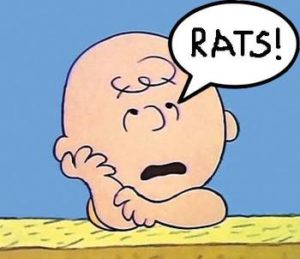 Let’s say you happen to find a guitar in a lefty. Congrats! But why is the same exact model 20% more in a left-handed version?

It’s because the manufacturer is trying to recoup their investment.

When a company decides to make a left-handed version of something, they have to re-tool a bunch of fixtures, jigs, cauls, templates, and machines to accommodate the mirror image.

And that costs big bucks.

They will usually declare a “lefty day” every now and then and make the left-handed guitars for the sales quarter. Another reason why there are so few.

This is a bit of a combination of the last two answers. If there are less left-handed guitars to chose from, and the ones available are more expensive, most lefties will simply just sigh and go with the flow.

It doesn’t make it right, but it’s easier to get started right away if a player succumbs to the system. Boo.

And of course, if you’re ever visiting someone and want to borrow a guitar, they’re far more likely to have a right-handed instrument. 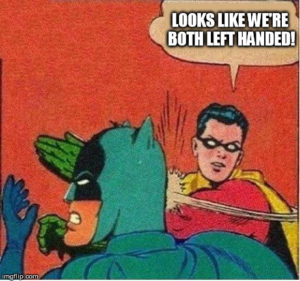 Robin is left-handed? Who knew?

If you are left-hand dominate, then don’t fight it! Famous lefties include Paul McCartney, Jimi Hendrix, Tony Iommi, and Kurt Cobain to name a few.

But, keep in mind if a friend wants you to play their guitar at a party, you won’t be able to(unless they play left-handed as well).

Not happy with the few left-handed guitars to choose from?

Like anything else, lefties need to let their voices be heard. The more people who complain to guitar companies will let them know that lefties want more choices too.

You can also go to a site called leftyfretz.com for more info on playing left-handed.  BAM!

OPTION 3.  Learn to play a right-handed guitar flipped over.

Here is an often overlooked solution to the scarcity of left-handed guitars out there. But there are several guitarists out there who have made a career out of playing the guitar this way. It might be worth looking in to.

PROS: Can play right-handed guitars. More guitars available to play. You can play without having to bring a special guitar.

CONS: Chords will be upside down. Might get some funny looks.

Something thing to consider when deciding is which hand is your most dominant and articulate. Many lefties would agree that would be their left hand.

Still not sure? Take this test to find out which hand has the most dominance. 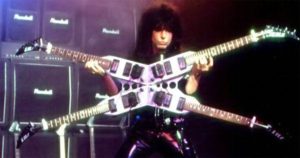 My advice is to try a right-handed guitar first.

Because right-handed instruments are easier to find with a greater selection to chose from. That goes a long way when you are trying to sell a guitar.

You’ll be learning to play the way most people learn, however you will have a strong fretting hand to handle barre chords and intricate riffs and solos.

Learning to play left-handed will always bind you to a left-handed guitar. You won’t be able to play any guitar you come across. And carrying your own guitar everywhere is unrealistic.

At any rate, you’re going to have to learn new skills with both hands.

There’s no such thing as a left-handed piano, flute, harmonica, pedal steel guitar, maracas, and lefties have overcome playing those, so why should the guitar be any different?

If you try right-handed guitar and really can’t get on with it, you can always switch to left-handed guitar, but I’d suggest that you give it time before you decide.

Do you feel uncomfortable with a right-handed guitar in your hands because you’re left-handed, or because you don’t know how to play it?

But I would reconsider when buying other items…

As Obi-Wan Kenobi said, “You must do what you feel is right, of course.”

The emphasis is on you.

Try both out and see which one feels better for you. Take your time and understand that you can change your mind.

In fact, Paul Gray (Slipknot) started out playing right-handed, then changed to lefty because it was more comfortable. And Eric Gales, naturally right-handed but plays left-handed.

But don’t let this little decision slow you down. Make a decision. And start playing guitar, baby! 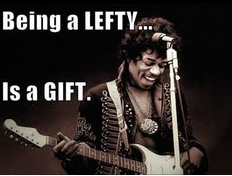 “The right half of the brain controls the left half of the body. This means that only left handed people are in their right mind.”~ Author unknown

Calling all lefties! What is your solution to playing guitar as a left-handed musician?